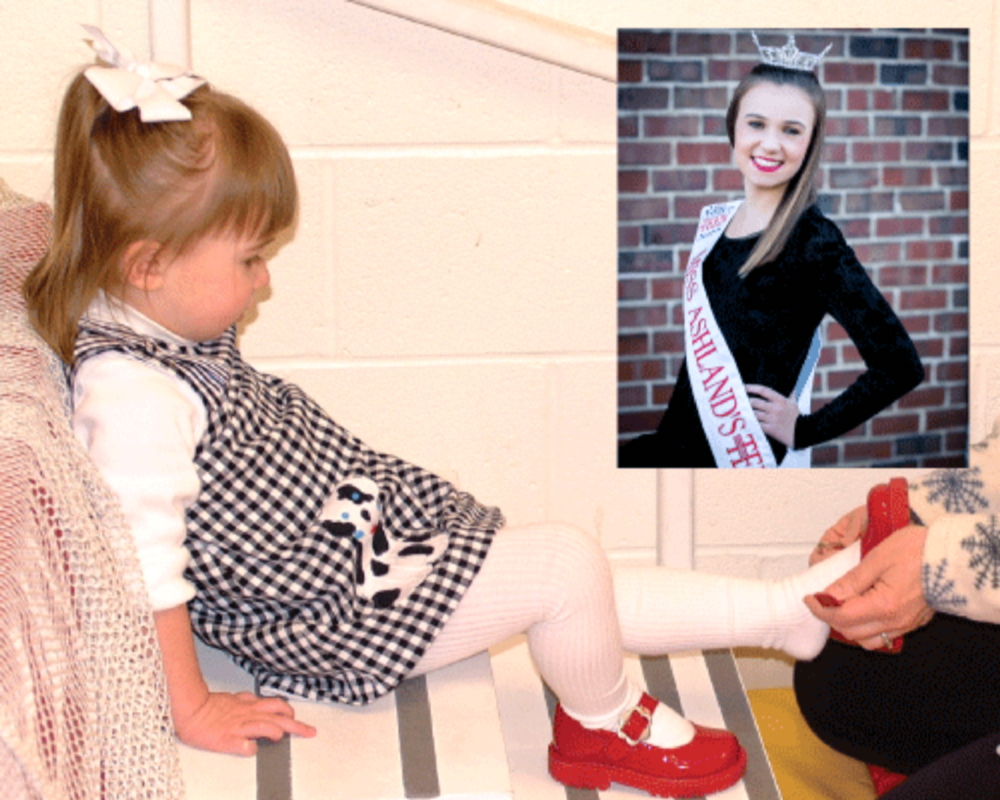 On Tuesday, September 27, 2016, Ellie Nickoli dropped three minutes off her cross country time. She is a competitive swimmer, swimming breaststroke for her junior high school, and she holds the title of "Miss Ashland's Outstanding Teen".

"I am always so proud and amazed when I watch her race," says Ellie's mother Libby. "I never dreamed with her diagnosis she would be so active!"

To see Ellie today, you would never guess that she was diagnosed with congenital hip dysplasia when she was four months old. A well-child check led to a specialist appointment, and an orthopedic specialist at Nationwide Children's Hospital confessed that it was one of the most extreme and severe cases of hip dysplasia he had ever seen. But instead of scheduling surgery for the young girl, the specialist asked Ellie's parents if he could fit her for a brace, and in April of 2003, Ellie was placed in a device that held her right femur in place where a hip socket should have formed.

Libby was very familiar with the Help Me Grow (HMG) program, as well as Early Intervention (EI). Having been an intervention specialist, she knew about the services provided by the local board, and contacted HMG. At six months, Ellie was enrolled in Richland Newhope's EI with an intervention specialist. She also began physical therapy with a woman who, coincidentally, had been born with the same condition as a child.

"I am always so proud and amazed when I watch her race," says Ellie's mother Libby. "I never dreamed with her diagnosis she would be so active!"

Ellie attended EI services until she was three, and is confident that her involvement led her to walk much earlier than the doctor expected. After 18 months in a brace, Ellie formed a socket and never required surgery.

"I believe that my experiences at Richland Newhope with EI and physical therapy allowed me to walk much earlier than the doctor expected. At the age of 13 months when I was allowed out of my brace for three hours in the morning and three hours in the evening, I learned how to walk!"

The 2016 Miss Ohio Outstanding Teen pageant was the first pageant Ellie ever competed in. Her platform was EI, HMG, and the importance of assisting children with developmental disabilities. Ellie says she chose EI and HMG as her platform because she knows the benefits they hold for children with a variety of disabilities. Though she didn't win the June competition, she continues to share her story of success to groups that promote EI and HMG.

"I wouldn't be where I am today without my mom and Early Intervention."